Swim among some of the largest sharks alive while scuba diving in Belize. The whale shark is a majestic creature that grows to a massive size of 40 feet (12 metres) and an average weight of 20.6 tons, which means they have large appetites. But don’t worry, these sharks are carnivores but they only eat plankton, which they feast upon by opening their mouths and having their teeth filter their meals for them.

You’ll recognize these sharks by their flattened head, gray bodies filled with white spots and their white belly. You’ll have the best chance of seeing them between March to June, a few days after a full moon since they swim to Gladden Spit or the Silk Cayes Marine Reserve, which is about 40 kilometres from the town of Placencia.

Other types of sharks, such as the nurse shark, reef shark and hammerhead shark, call the barrier reef home and there are all sorts of other colourful fish you’re bound to see during your expedition, such as barracudas, clownfish and parrotfish.

The size of these sharks make them intimidating-looking creatures since they can grow to be the size of a school bus, but they’re very docile creatures. Whale sharks are a threatened species who enjoy the warm tropical temperatures of the Caribbean sea. They’re known to migrate during the spring to the central west coast of Australia. These are typically elusive fish since they only live in warmer waters and diving in Belize will let you feast your eyes on this titan’s beauty.

Whale sharks are also only one of the few notable creatures you’ll see on your dive since Belize is home to about 600 different fish and 40 different kinds of coral. Other types of sharks, such as the nurse shark, reef shark and hammerhead shark, call the barrier reef home and there are all sorts of other colourful fish of the reef you’re bound to see during your expedition, such as barracudas, clownfish and parrotfish. Don’t worry if you’re not able to identify them on first glance since most boats have fish identifier cards. During your diving journey, be on the lookout for West Indian manatees lounging in coastal lagoons.

Marvel at the whale shark’s grace while you swim along Belize’s coral reefs and explore the gorgeous underwater world that only few get a chance to lay their eyes on. 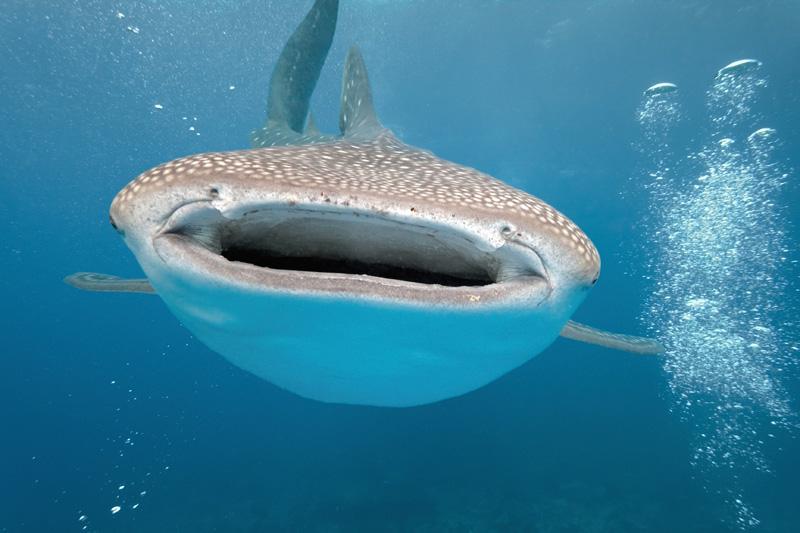 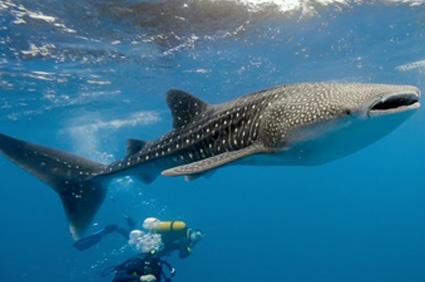 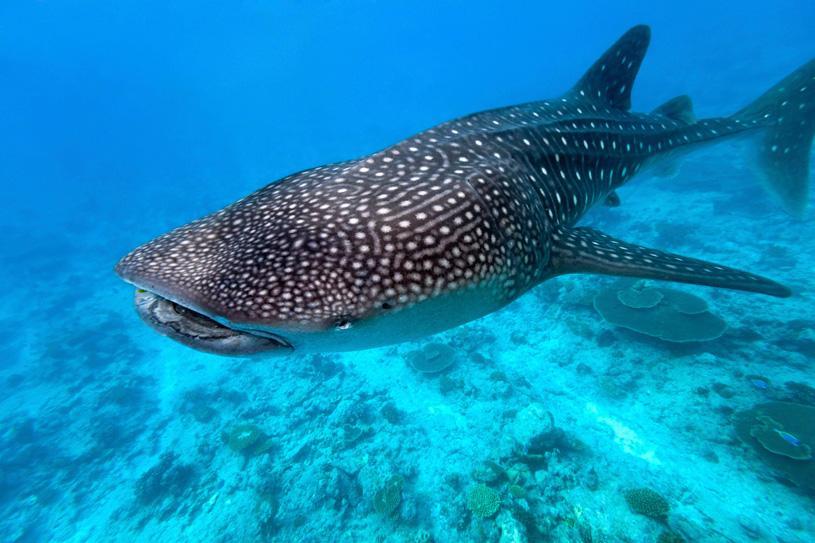 When is Whale Shark Season in Belize?

Whale shark season is a popular attraction for divers in Belize. These gentle giants can be found in Gladden Split, just off the coast of Placencia in the springtime, with the best chances of being able to dive with them…