Your Guide To Sharks In Belize

At least eight species of sharks call the Caribbean Sea that surrounds Belize Dive Haven their home. Although sharks tend to get a bad rap, these gentle giants are a fan favourite when it comes to diving, and (like any other sea creature) when they’re respected properly, they make great diving companions and photography subjects. Here’s a short guide to the sharks you’re most likely to encounter while diving in Belize, and what you should know about them.

Nurse Sharks
Nurse sharks, also known as ‘the couch potatoes of the shark world’ are huge, slow-moving beasts who love nothing more than to rest and relax on the bottom of the ocean floor. For so many sharks, to stop swimming means certain death, but for the nurse shark, lounging and resting is considered the perfect pastime! Nurse sharks tend to be quiet and slow and like to keep to themselves, but their sedentary lifestyle makes them perfect for great underwater photography! You can spot the nurse sharks in Belize all year round, so be sure to bring your diving camera! 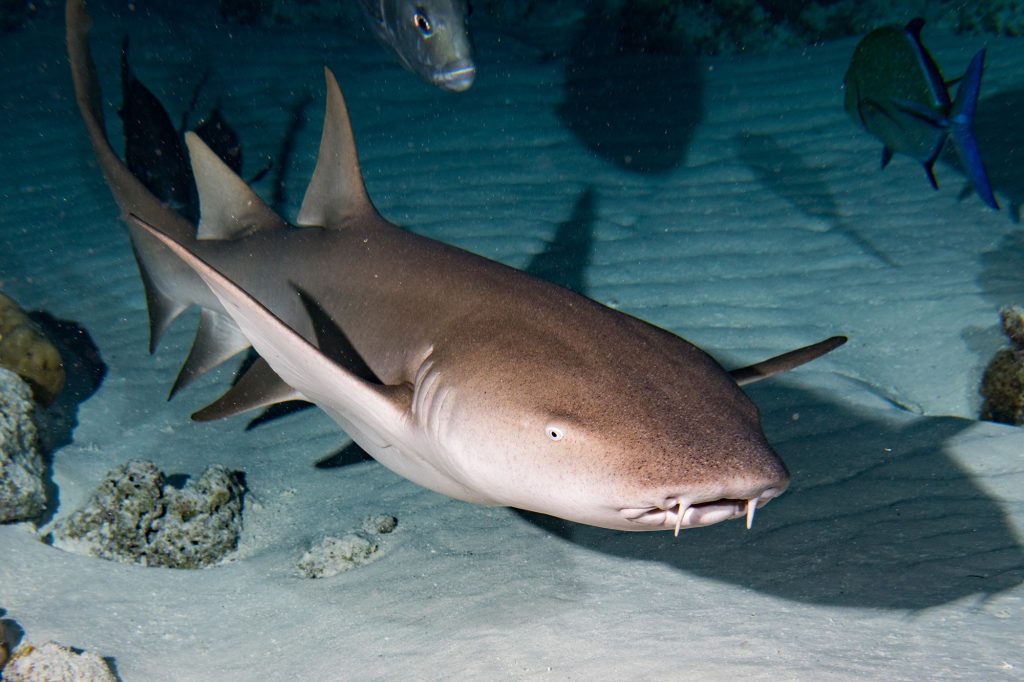 Reef Sharks
The Caribbean reef shark is a beautiful species of shark that looks very similar to its cousin, the great white shark. Although there are several different species of reef sharks, you’re most likely to see the Caribbean reef shark in the waters surrounding Belize. Reef sharks grow to between 5 and 10 feet in length, and love to lurk in the shallow waters and coral of Belize all year round, keep an eye out during your evening dives, because reef sharks like to come out at night! 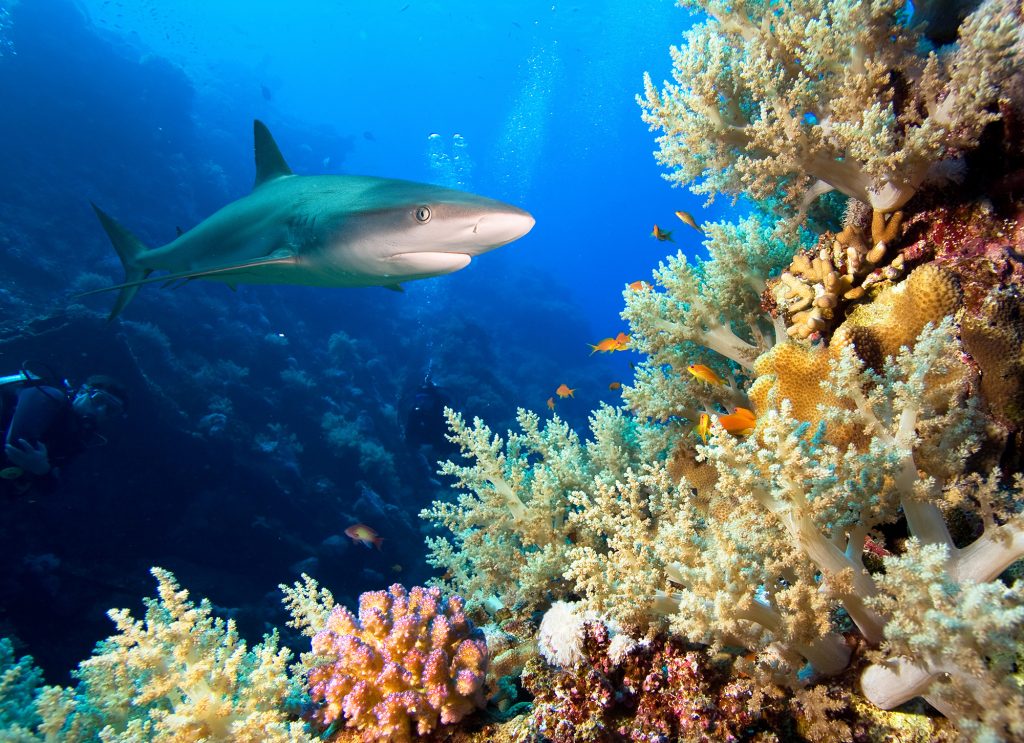 Black Tip Sharks
Black Tip Sharks are smaller than some other species of sharks, but they’re phenomenal hunters and swimmers. Like many of us, one of the black tip shark’s favourite food is shrimp, and they also love to go for other bony fish! Black tip sharks are known to leap from the water and spin in the air as they fall back down, and are a beautiful sight to see on any dive experience. Unfortunately, black tip sharks are one of the most popular species of sharks for hunting for food and recreation, which has sent them to near extinction. If you do come across a black tip shark on your dive, treat it with respect and appreciate it from afar. 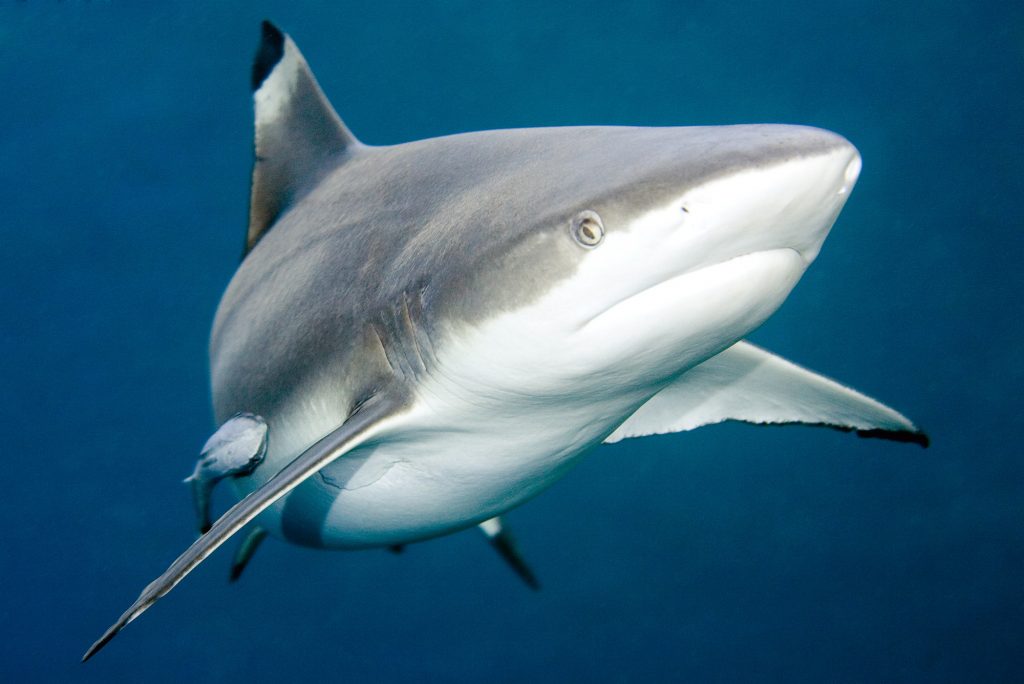 Lemon Sharks
Lemon sharks are named for their beautiful brownish-yellow hue that reminds divers of a lemon! Lemon sharks are huge and majestic creatures who can grow up to 10 feet long and feast on many different kinds of fish, birds, turtles, and smaller sharks. During the day you can expect to see lemon sharks lazing about the bottom of the ocean floor like their cousin the nurse shark, but at night these sharks like to party! Once up and active, lemon sharks like to swim, hunt, and enjoy shallow areas of the sea. 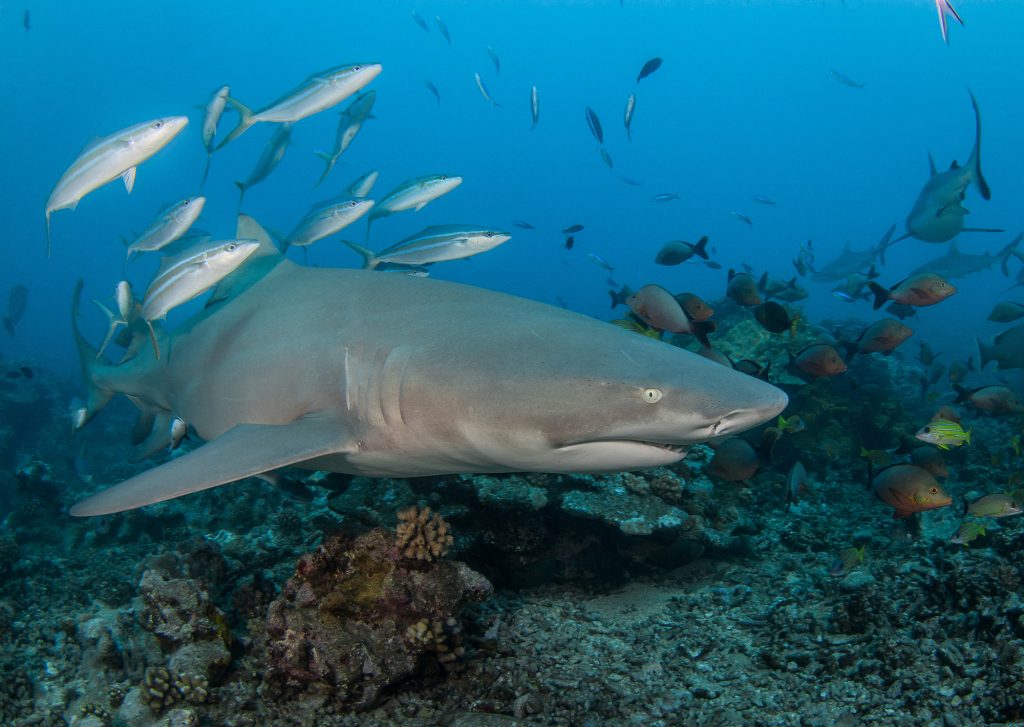 Bull Sharks
Bull Sharks are appropriately named as they are large, strong, wide, and are known to be grouchy. Bull sharks are different from any other shark in the world because they can actually live in freshwater for prolonged periods of time without experiencing damage! Because of their ability to live in many different conditions of water, bull sharks can be found all over the world, including in the Amazon river. Bull sharks can be found in the waters surrounding Belize swimming and eating indiscriminately. Fortunately, bull sharks are not known to come near divers, but they love to eat pretty much everything else from fish, to turtles and birds, even other species of sharks! 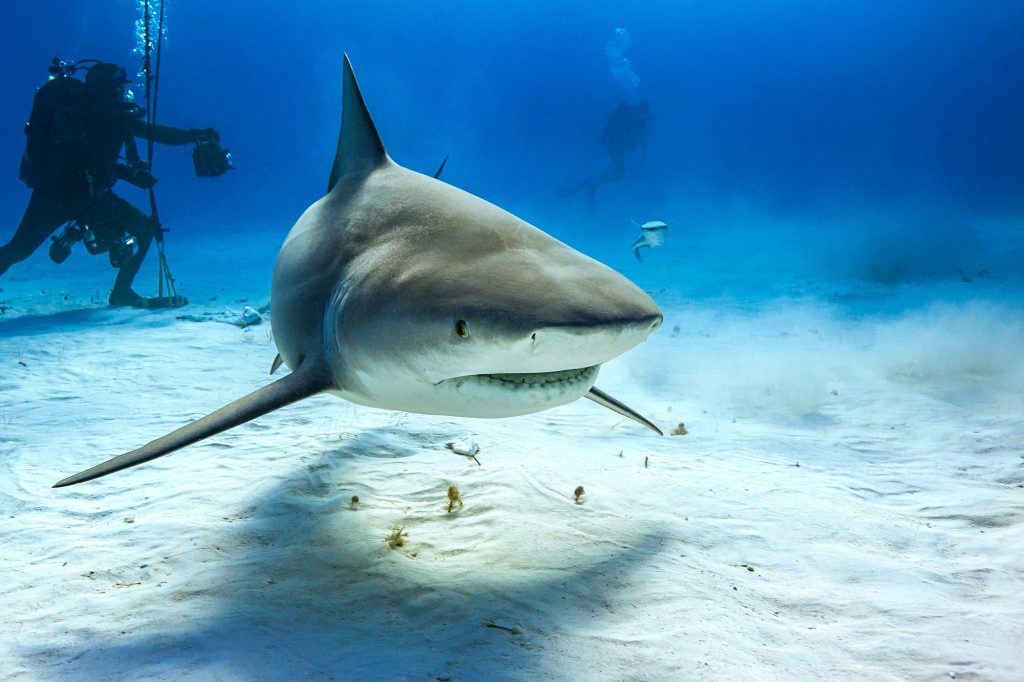 Hammerhead Sharks
While there are several species of hammerhead sharks, they’re all very easily identifiable by the flattened shape of their head and the spacing of their eyes. The largest hammerhead shark, the great hammerhead, can grow up to six meters in length and can weigh up to 600lbs. Hammerheads are beautiful creatures that look completely unique from other species of sharks, they’re known to take quick and sudden turns and move quite gracefully, and because they frequent shallow waters, they’re known to get sun tans! 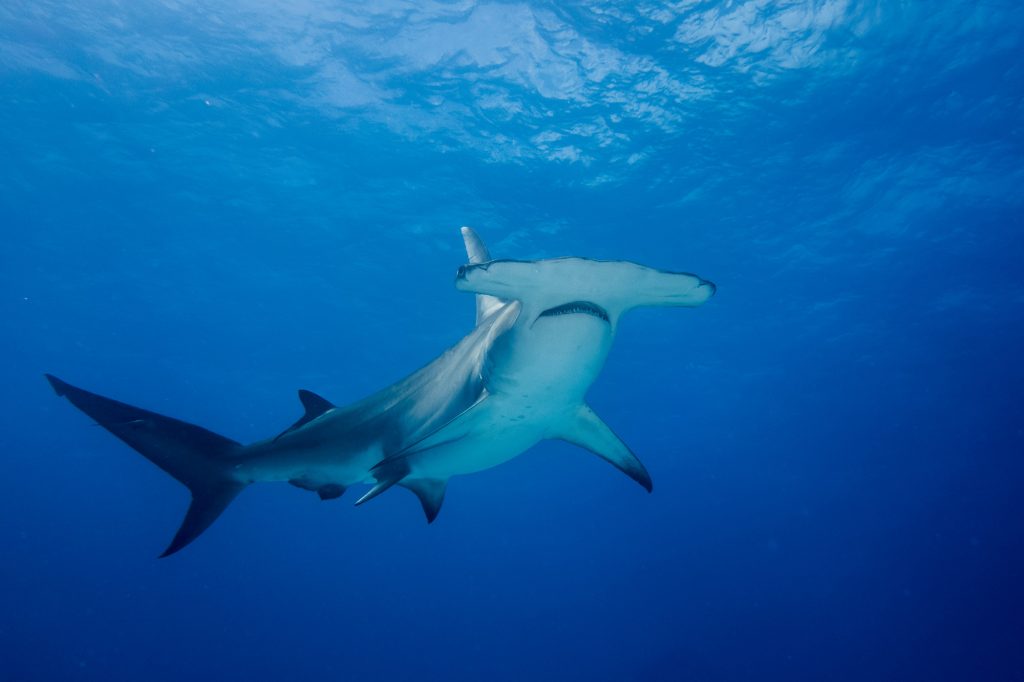 Whale Sharks
Whale sharks get their name from being the largest shark and the largest fish alive today. Whale sharks are easy to identify because of their beautiful patterned skin as well as their unbelievable mass: according to worldwildlife.org, whale sharks grow to about 40 feet long and weigh around eleven tons! Whale sharks can be spotted in Belize between the months of March and June, and are quite popular among divers due to their size and gentle nature.

Check out our vacation packages and start planning your trip today!

Just 30 miles from Belize City, Belize Dive Haven is located in pristine Turneffe Atoll. Consisting of creeks, lagoons, mangrove islands and cays, the atoll is home to over 500 species of fish, 65 different species of stony corals as well as birds, turtles, manatees and dolphins.